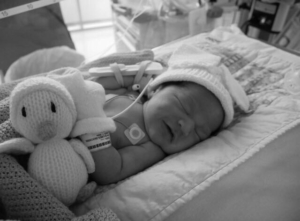 When we found out that my wife was pregnant with our third child, we had no idea what this baby had prepared for us. I regret not being there with my wife, Gaby, when the scan revealed some irregularities with our baby’s heart; I wanted to be there for her with all my heart. I could not believe it when she told me the news, so the next day we went to see a cardiologist at Evelina London Children Hospital. There, we sat in the cardiologist room – which I like to think of it as the “doom room” – where we confirmed our worst fear.

As our unborn baby, Kael, was diagnosed with Transposition of The Great Arteries (TGA), Coarctation of The Aorta (CoA), and Ventricular Septal Defect (VSD), I felt like my world just dropped to the floor.

We then joined the ECHO meetings, where we learned the materials we need to be more prepared. Hearing from parents that have had similar experiences was eye-opening. I remember we met a dad whose son was diagnosed with CoA at birth. The son had one surgery, and that was the end of it, not much drama. But at the time, we didn’t know what we were expecting with Kael!

We then joined ECHO...we learned the materials we need to be more prepared. Hearing from parents that have had similar experiences was eye-opening. 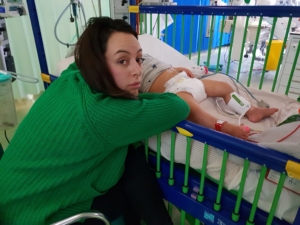 Kael was born on the 14th of April 2017. Although he was perfect on the outside, an additional diagnosis emerged: Atrial Septal Defect (ASD). The NICU team took him right after he came out and hooked him with all sorts of lines to stabilise him. I never saw any of the nurses or doctors get a glimpse of uncertainty when treating Kael, even though he was not an easy case.

Kael’s first open-heart surgery (OHS) was on the 19th of April 2017, when he was only five days old. I still remember kissing his unscarred chest for the last time. After that first surgery, we took the time to learn every single medicine and line, every one of them that was keeping Kael alive. Once Kael started to make progress, we realized that the first surgery was just a temporary fix. Kael’s condition was much more complex than what the doctors had understood. The doctors need more studies and plans, and we would pick up the issues as we went along.

The surgery had been a success, but it had been a brutal 1000 or so stitches. There, we were starting to see how complex the condition was and how strong and brave Kael had been to resist all of it.

The second surgery was when Kael was seven months old –  when we had barely recovered from the first one. He was one of those who were scheduled for whole day surgery. I admire how much the doctors have done for Kael. If I could, I would let the world know that the surgeons at Evelina London Children’s Hospital have got to be at the top of their profession worldwide.

Kael’s recovery stage has been the hardest challenge we have ever endured as a family. Kael’s kidneys, lungs, gut, were all failing after the surgery. So he had more instruments plugged into him than ever before. We were starting to see how complex the condition was and how strong and brave Kael had been to resist all of it.

The burden was now greater as we had to put a brave face, for Kael, for the nurses and doctors, for the family, for our other two kids and for each other, as mum and dad. We agreed that we would have a five minutes cry session daily, and every now and then, we would share a tear on Kael’s bed. It took him a long time to recover from the second surgery: overall six weeks in the hospital, including two weeks in the PICU and four weeks in the ward. Finally, after that he was stable enough to leave the hospital, we continued the recovery at home and we were back to normal after a few months.

Although I have had some dark moments, it helps me to become a better person, someone that now understands that the body can have limits, but the mind doesn’t. It will be a long process, but we will cope with it every day. 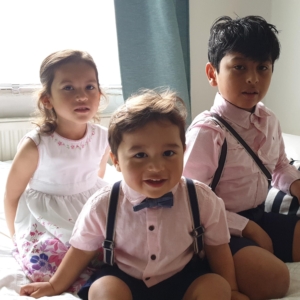 When Kael was two years old, he went for his third OHS because there were serious complications from his last surgery. The option was to undo the procedure done in the previous year’s surgery – a procedure that has only been performed a handful of times worldwide. Again, we left him in the anaesthetic room early in the morning, and he came out after 9 hours surgery. Luckily, the procedure did not happen as the leak was managed in a different way. After another recovery drama, it didn’t take long for Kael to return to his active and playful self. We took him home a couple of weeks later.

The experiences made us learn as we go to cope with grief, happiness, and to put ourselves together throughout the dynamics. Although I have had some dark moments, it helps me to become a better person, someone that now understands that the body can have limits, but the mind doesn’t. It will be a long process, but we will cope with it every day. 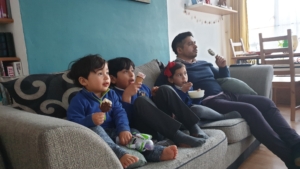 Kael is soon to be three years old, and for some time, we have had peace in our house. Kael is now a very happy and active toddler; he is looking forward to getting into the nursery at the school his older siblings are. We have also started a small tradition to deliver food to the Mountain Ward and PICU on Christmas day. We know everyone there, and we are always welcomed!

I thank my wife for giving me three wonderful children and love every single day! I thank our family, the staff at Evelina London Children’s Hospital, Ronald McDonald House, and ECHO for the support throughout this journey!